10 Reasons to Move To Allen, TX

If you’re looking to relocate to Allen, Texas – then contact our Dallas moving company today! Leaders in relocation, they can help you with all of your moving needs.

With a population of just over 96,000, Allen is one of the fastest growing cities in the DFW area. From being the home to the largest shopping center in North Texas, to its impressively low crime rate, it’s no wonder than Allen has become a popular choice for those looking to move to Texas. 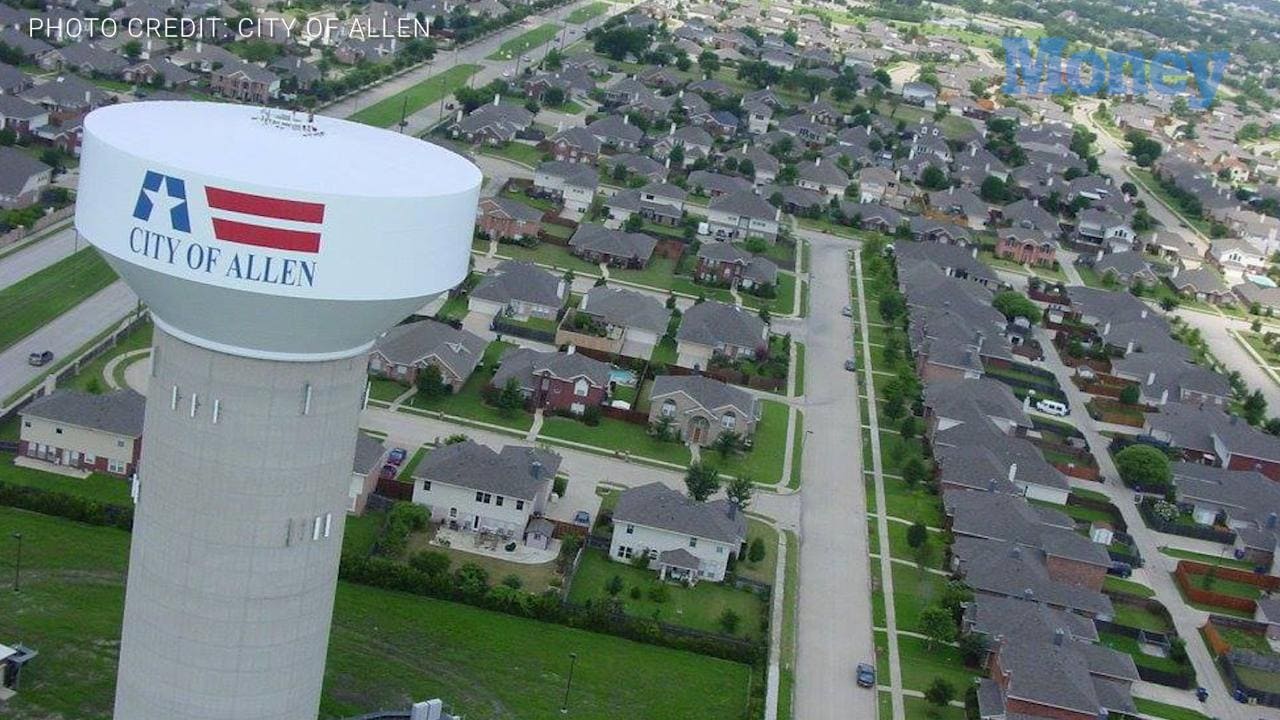 If you’re considering relocating to the Allen area, here are the top 10 things you need to know.

One of the most common reasons to move to Texas are the tax breaks, and Allen is no different. Exempt from income tax and with extremely low corporation tax rates many Fortune 500 Companies have decided to move their headquarters to Texas in recent years. The property tax in Allen is slightly above the national average, but in line with the overall cost of living.

The median home cost in Allen is $321,200, while home appreciation the last 10 years has been steady at 3.4% and is beginning to rise again, meaning should you choose to sell your property in Allen you should see a fair return on your investment. When it comes to renting in Allen, average rental costs are $1300 per month, which is slightly higher than the national average, but in line for the rest of Texas, and actually a little lower when compared to other cities in the DFW area.

3. The Cost of Living

When you consider groceries, health care, transportation, housing and utilities, the cost of living in Allen is slightly above both the state average and the national average. However, the Median household income in Allen is $102,120 a year, which is almost double the national average of $53,482 a year, meaning that a family of four should be able to live comfortably in Allen.

5. The Economy and Job Market

The economy and job market in Allen can be seen to be going from strength to strength. Allen boasts an unemployment rate of just 3.2%, lower than the national average of 3.9%. Over the course of 2019, the job market in Allen has increased by 3.3%, plus future job growth over the next ten years is predicted to be an impressive 45.0%, compared to the national average of 33.5%.

The Allen school district is well thought of, and has 34 schools total. Within Allen there are on average 16 students per teacher, and average yearly spend per student is higher than the national average. While there are no universities or colleges in Allen, the city is in close proximity to many others in the DFW area, including Southern Methodist University, UT Southwestern Medical Center, Dallas Baptist University, and University of North Texas, Dallas.

If you’re a sports fan, then you’ll be right at home in Allen. With Dallas only half an hour away, you’ll be right near the action to keep up with the likes of the Dallas Cowboys (NFL), Dallas Mavericks (NBA), Dallas Stars (NHL), and FC Dallas (MLS).

8. The Shopping and Dining

Allen is home to the biggest shopping and dining destination in North Texas, with the Village and Allen and the Village at Fairview. These new developments have become a hub for the cities entertainment, as they include a wide variety of shops, restaurants, bars and other entertainment options.

Allen is home to a wide a variety of arts institutions and cultural amenities including, The Allen Event Center which holds over 150 concerts and events each year, The Allen Civic Ballet which features live music from the Allen Philharmonic Orchestra and Symphony Chorus, and The Market Street AllenUSA Celebration which draws over 80,000 people (residents and tourists alike) to the city’s famous Fourth of July event.

Allen boasts an extensive parks system that supports a healthy and active lifestyle, including; The Don Rodenbaugh Natatorium, a fully enclosed indoor water park with a competition size pool and a rock-climbing wall, The Courses at Watters Creek, offering 33 holes of championship golf, The Edge Skate Park, the largest outdoor skatepark in the state of Texas, and Allen’s Celebration Park, a super-sized space used year round for events and festivals.