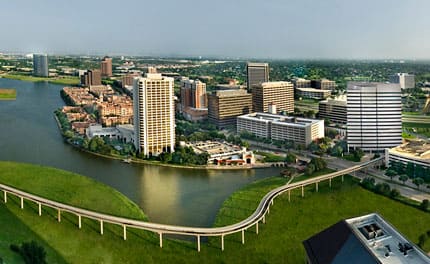 Irving is a booming north Dallas suburb, and is quickly becoming the place to live in close proximity to Dallas. With a community of nearly 250,000, it’s no wonder that so many people are choosing to move to this comfortable and desirable place to live.

We’ve taken a look at the business, education, housing and entertainment scenes to give you the top 10 reasons to move to Irving Texas.

We will start with the more serious aspects, that you should know about any area before moving.

Just in case you’re new to Texas entirely, the state is one of just seven in America that doesn’t tax residents on their income. Not only that, Texas is also home to much lower corporate tax rates, which is one of the reasons why so many Fortune 500 companies have chosen to make Irving their home.

2. The Booming Economy and Job Market

In recent years several large companies have left California in favor of the more business friendly Texas, resulting in huge positive economic growth. Irving in particular has more Fortune 500 company headquarters per capita than other cities in the country. With other 8500 businesses in Irving, the unemployment rate is far below the national average.

During 2019, homes in Irving appreciated by over 14% and are expected to grow by a further 7% in 2020. The median home value of Irving is $222,200, but the majority of residents rent their homes. Rent prices are slightly above average compared to the rest of Dallas due to the desirable nature of Irving.

There are 3 school districts that serve Irving, one of which (Coppell ISD) is ranked third in the DFW area. Irving is also proudly home to three fully-accredited further education institutions; The University of Dallas, North Lake College and DeVry Institute of Technology.

And now the fun and exciting aspects of Irving, that attract not only residents but also thousands of tourists yearly.

Irvings Campion Trail stretches 22 miles along the Trinity River. Currently, the trail is in two separate sections of 13 miles each, but work to combine them is due to be completed soon. The trail is well-maintained, and is known for offering a great mix of urban and natural scenery. Loved by runners and cyclists as the perfect place to exercise, but it is just one of 43 green spaces and parks in the area.

7. The Stunning Mustangs of Las Colinas

At the centre of William’s Square sits one of the most well-known pieces of public art. The well-revered and magnificent Mustangs of Las Colinas were created over 8 years on three different continents, and attracts people from across the world.

Irving has a thriving arts and museum culture, many of which are based around community museums such as the the Mustangs of Las Colinas Museum. Other fantastic places include; the National Scouting Museum, the Irving Arts Center, Ruth Paine House, Jackie Townsell Bear Creek Heritage Center and the Native Plant Garden.

9. The Fun Summer Fairs and Festivals

Irving is host to many celebratory fairs and festivals all year long, but particularly in the summer months. Calendar highlights are the International Concert Series, the Taste of Irving Food Festival and the North Texas Beer and Wine Festival, each of which attract residents and international visitors alike.

Irving is known across the world for it’s mouthwatering food joints. The most famous of all is Shin’s Donuts, which is home to the states most beloved sweet and savory pastry delights. Other culinary delights include Bread Zeppelins for their crunchy baguette salas, and Andalous Mediterranean Grill who only use fresh local ingredients.

If you’re looking to relocate to Irving, Texas – then contact Dallas Movers today! Leaders in relocation, they can help you with all of your moving needs.

We were looking for a reliable moving company with reasonable prices as our budget was quite limited. And it’s a luck that we found these guys. They moved our stuff so fast and carefully, even faster than it had been scheduled. I liked that there were no hidden costs and delays in delivery. Very positive experience. Hence happy to recommend them!