10 Reasons to Move To McKinney, TX

The city of McKinney Texas is one of the fastest growing cities in the United States. With a population of around 190,000, McKinney offers a great mix of amenities, schooling and jobs that are sure to create a high quality of life. Not only that, but McKinney has been named by several publications as one of the best American cities to live and work in. 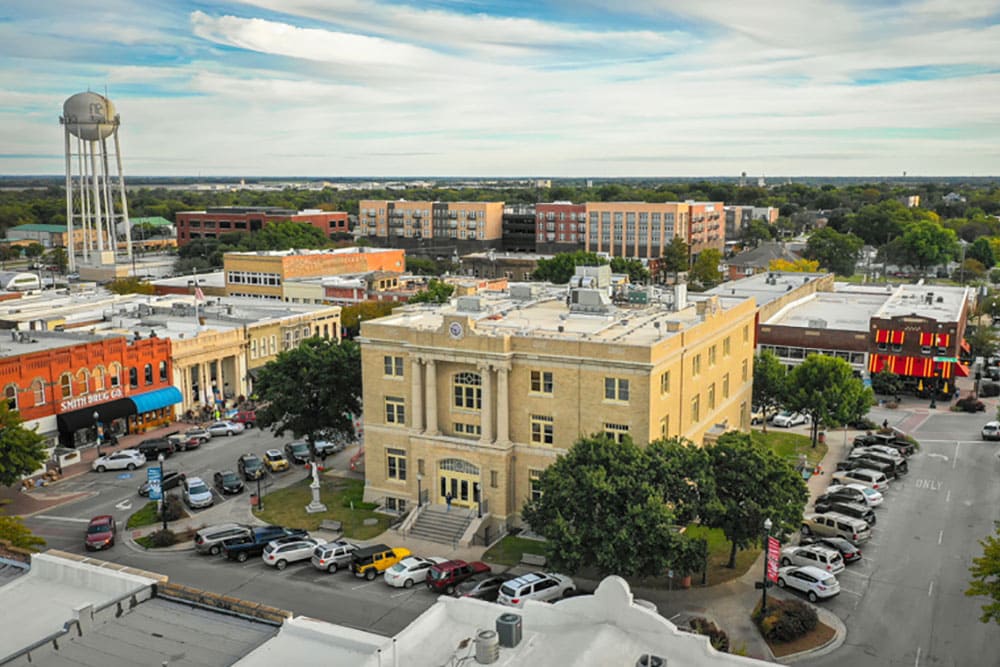 If you’re looking to relocate to McKinney, Texas – then contact Expert City Movers in Dallas today! Leaders in relocation, they can help you with all of your moving needs. Considering relocating to the McKinney area, here are the top 10 things you need to know.

While McKinney is popular with home buyers of all ages, it has been noted as one of the best cities in the state of Texas for first time buyers. The median property price in McKinney is around $330,000, while the median rental price is a low $1,100 per month. Both extremely competitive prices when compared to Texas as a whole, and the DFW area. It is worth keeping in mind that these property prices will fluctuate depending on the area.

2. The Cost of Living

The cost of living in McKinney comes in at around the state average, with the cost of groceries, health, housing, utilities and transportation all being around the same of most cities in Texas. Where McKinney has an edge, however, is the median household income. Here it is $83,000 per year, which is a lot higher than the US average of around $62,000.

3. The Economy and Job Market

McKinney is home to a booming economy. As of 2020, unemployment within the city was at a low of 3.5%, while job growth was at a high of 55% – huge compared to the national average of 33.5%. McKinney is home to a small number of Fortune 500 companies, and is first in the DFW area for a number of major industries, including health care and social assistance, manufacturing, construction and finance.

McKinney sees the hottest temperatures in July and August, with July bringing an average high of nearly 93°F and a low of 72°F. On the flip side, the coolest months are December and January, with an average high of 52°F and low of 31°F in the month of January. Across the year there are about 229 days of sunshine, which is higher than the national average of 200.

Overall the McKinney school district serves 25,000 students and is highly rated, with an 82% reading proficiency and an 86% math proficiency. When it comes to higher education, McKinney itself is home to public community college, Collin College. And with Dallas just 32 miles away, is in commutable distance to several top universities and colleges, including; The University of Texas, Southern Methodist University and Dallas Baptist University.

McKinney is home to a number of award winning parks. The dog park at Bonnie Wenk offers two beautiful acres of fenced off land, perfect to give your dog exercise off the leash. If you’re looking to go hiking Erwin Park Hike and Bike Trail has just over eight miles of loop trail for residents to enjoy.

If you’re a sports fan, then you’ll be right at home in McKinney. The Texas Revolution Professional Indoor Football is close by in Frisco. And with Dallas only half an hour away, you’ll be right near the action to keep up with the likes of the Dallas Cowboys (NFL), Dallas Mavericks (NBA), Dallas Stars (NHL), and FC Dallas (MLS).

9. The Wide Variety of Entertainment

If you’re not a sports fan, McKinney offers up lots of other entertainment options for you. The Franconia Brewing Company has over 200 years of Bavarian beer making expertise, and has had its doors open to the public since it opened in 2008. If you prefer wine to beer, you can enjoy wine tasting at Mitas Hill. Or if golf is more your scene, McKinney is also home to the award winning Oak Hollow Golf Course.

Providing a source of evening and weekend entertainment since 1848, the downtown area of McKinney is a big draw for residents and tourists alike. Here you can take your pick from cultural points of interests, independent shops, phenomenal food, live music, and regular events. Plus, downtown is home to the hugely popular attraction Heard Natural Science Museum & Wildlife Sanctuary, which is home to nearly 300 acres of pristine land for exploration.