10 Reasons to Move To Plano, TX

Home to around 280,000 residents, Plano is known for its beautiful neighborhoods, top school system, and good property value. If you’re considering relocating to the Plano area, here are the top 10 things you need to know.

Moving To Plano with Dallas Movers 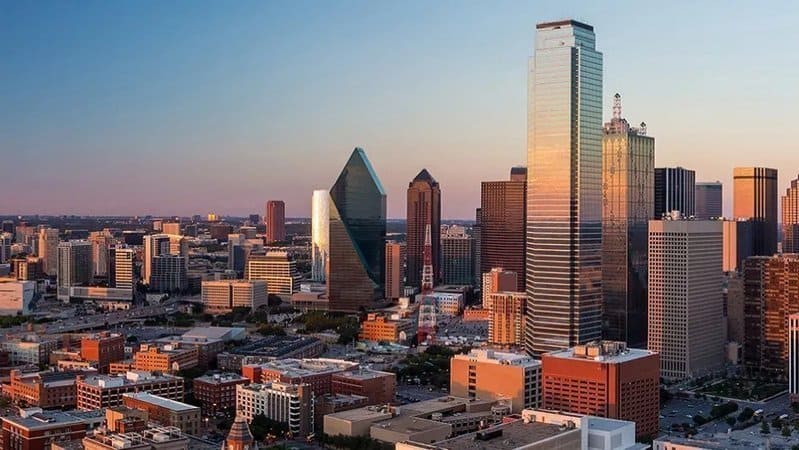 As with the rest of Texas, one of the main draws of relocating to the state is the fact there is no income tax. While property tax and sales tax are higher across the state compared to the national average, in Plano itself they are slightly lower than the state average.

Property values across Plano remain high, with home values increasing by 1.7% in 2019. The median home value is a relatively high $337,000, and properties in Plano spend a very short time on the market, proving that the city is definitely a buyers market. If you’re looking to rent rather than buy in Plano, the average rent price is a little higher than the state average at $2000 per month. As with any area, these prices do fluctuate depending on the area of the city you’re in.

3. The Cost of Living

While the cost of groceries, health care, utilities and transportation are lower than average in Plano, the overall cost of living is slightly above the state average due to the higher cost of property. However, the average Plano income is steadily increasing to match this cost.

Plano is known for its own subtropical climate, which is hot and sunny all year round – even for Texas. With an average of 229 sunny days a year, compared to the national average of 200, means moving to Plano could see you with an extra month of summer a year. Additionally, Plano averages only 2 inches of snow a year, which rarely lasts more than a few days.

5. The Economy and Job Market

In 2018 Plano was named the best city in Texas to find jobs, by WalletHub. Plano has seen a 3.3% increase in the job market over the course of 2019, most likely due to the fact that the city is home to a number of Fortune 500 companies – including JCPenney and Alliance. In addition, the unemployment rate in Plano is well below national average at only 3%.

Out of the 101 schools in the Plano school district, 23 are National Blue Ribbon Schools. Coupled with the fact that the average spend per student is above national average, it’s no wonder that Plano is a popular choice for families with school aged children. While there are no universities or colleges in Plano, the city is in close proximity to many others in the DFW area, including Southern Methodist University, UT Southwestern Medical Center, Dallas Baptist University, and University of North Texas, Dallas.

While there are no professional sports teams within Plano itself, the short drive to Dallas means that sports fans will be well catered for in Plano. You can cheer on numerous professional sports teams; Dallas Cowboys, Dallas Mavericks, Dallas Stars, Texas Rangers, and FC Dallas. Plus, the AT&T Stadium in Arlington is worth visiting even for those who aren’t sports fans.

Plano is a great city for foodies, with its extremely diverse and well revered culinary scene. Popular restaurants and eateries include; Babe’s Chicken Dinner House, the Texas, Lavendou, and the Main Street Deli. In addition to food, Plano also offers a wide variety of nightlife. The Shops at Legacy offer several great wine bars, an independent cinema, and upscale dining. And a tour of the East Side Art Gallery to watch a performance at the Courtyard Theatre is popular with residents and tourists alike.

Plano has a deep and fascinating history, which is seen through it’s exciting cultural scene. Some of Planos unique historical hotspots include the Heritage Farmstead, the Interurban Railway Museum and the Courtyard Theatre – the home of the Plano Symphony Orchestra. Plano is also in close proximity to the Dallas Museum of Art and the Nash Sculpture Center.

There is no shortage of outdoor activities in Plano. With a wide range of popular hiking and camping destinations, such as the Arbor Hills Nature Reserve and Oak Point Park, there’s plenty of choice when it comes to getting lost in nature. Many of the parks and outdoor spaces in Plano also host regular live music and festivals, such as the picturesque Haggard Park.

If you’re looking to relocate to Plano, Texas – then contact Expert City Movers today! Leaders in relocation, they can help you with all of your moving needs.